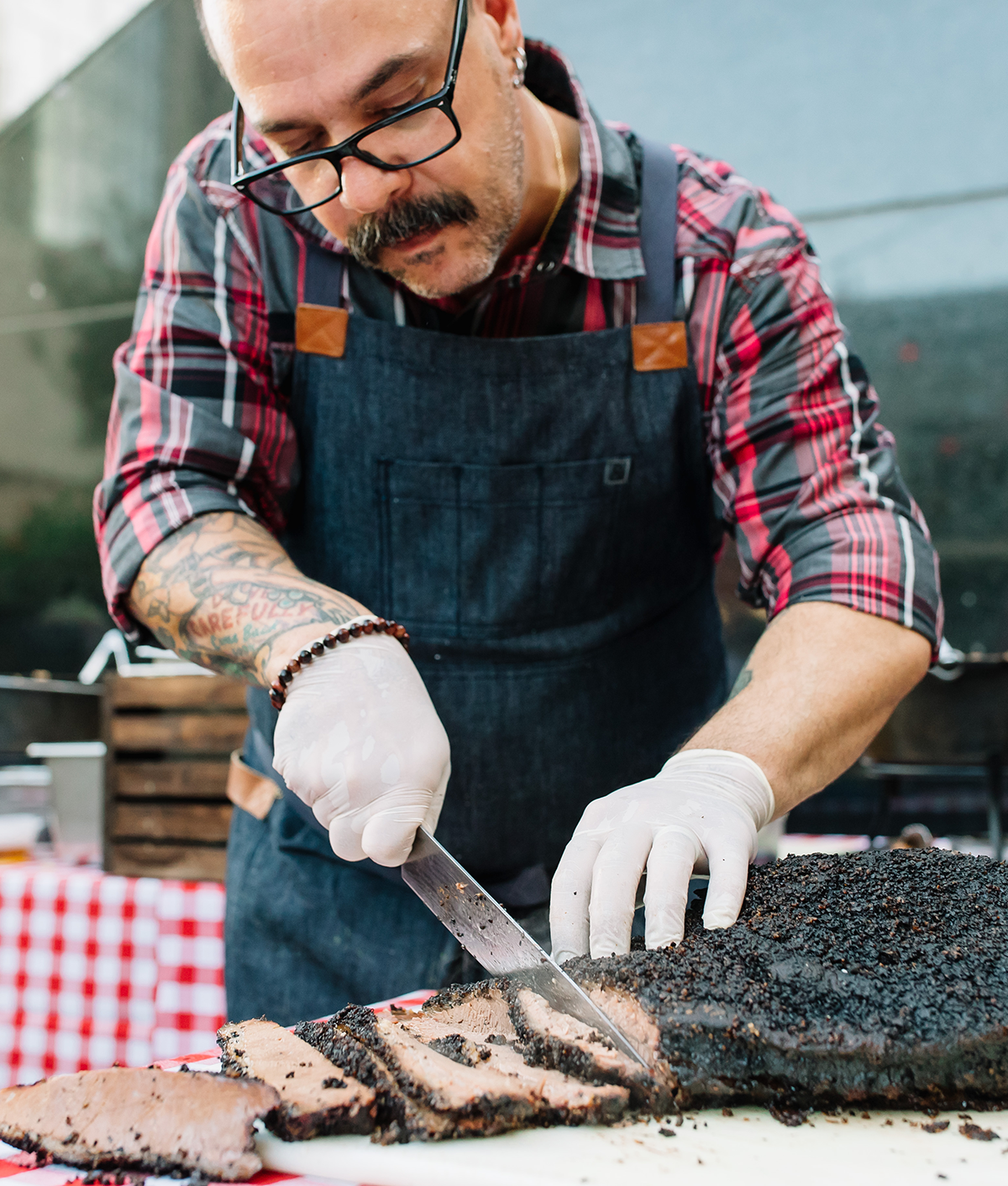 Inspired by his grandmother’s cooking, Mike Minor has been artfully creating unique dishes from a very young age. With a diverse background in everything from fusion cooking at Z’Tejas and high volume cooking at Hard Rock Café to working for celebrity Chef/Owners like Wolfgang Puck, Mary Sue Milliken and Susan Feniger, Mike has worked in many well-known restaurants in Las Vegas. His passion for food is supported by his years of experience and study of regional cuisine in Oaxaca and Michoacan, Mexico.

Aside from his experience as an Executive Chef, Mike has also been very involved with various celebrity charity fundraisers and award shows. Because of Chef Mike’s hard work, talent, and sincerely friendly demeanor, he has made a lot of friends along the way and has been featured on Food Network’s Chopped, Chef Wanted, Cooking Channel’s Big Bad Barbecue Brawl, and named winner of Cutthroat Kitchen. Mike was recently awarded the sustainability award by “Star Chefs” and is a Signature Chef for the March of Dimes.

Minor returned to Border Grill Mandalay Bay in the fall of 2017,  and in 2018 debuted the fast-casual smoked meats concept, BBQ Mexicana, located at Las Vegas’s Mandalay Bay Resort & Casino in collaboration with Chefs Mary Sue Milliken and Susan Feniger. When not in the kitchen, Mike enjoys going to concerts, and sampling the local cuisine. 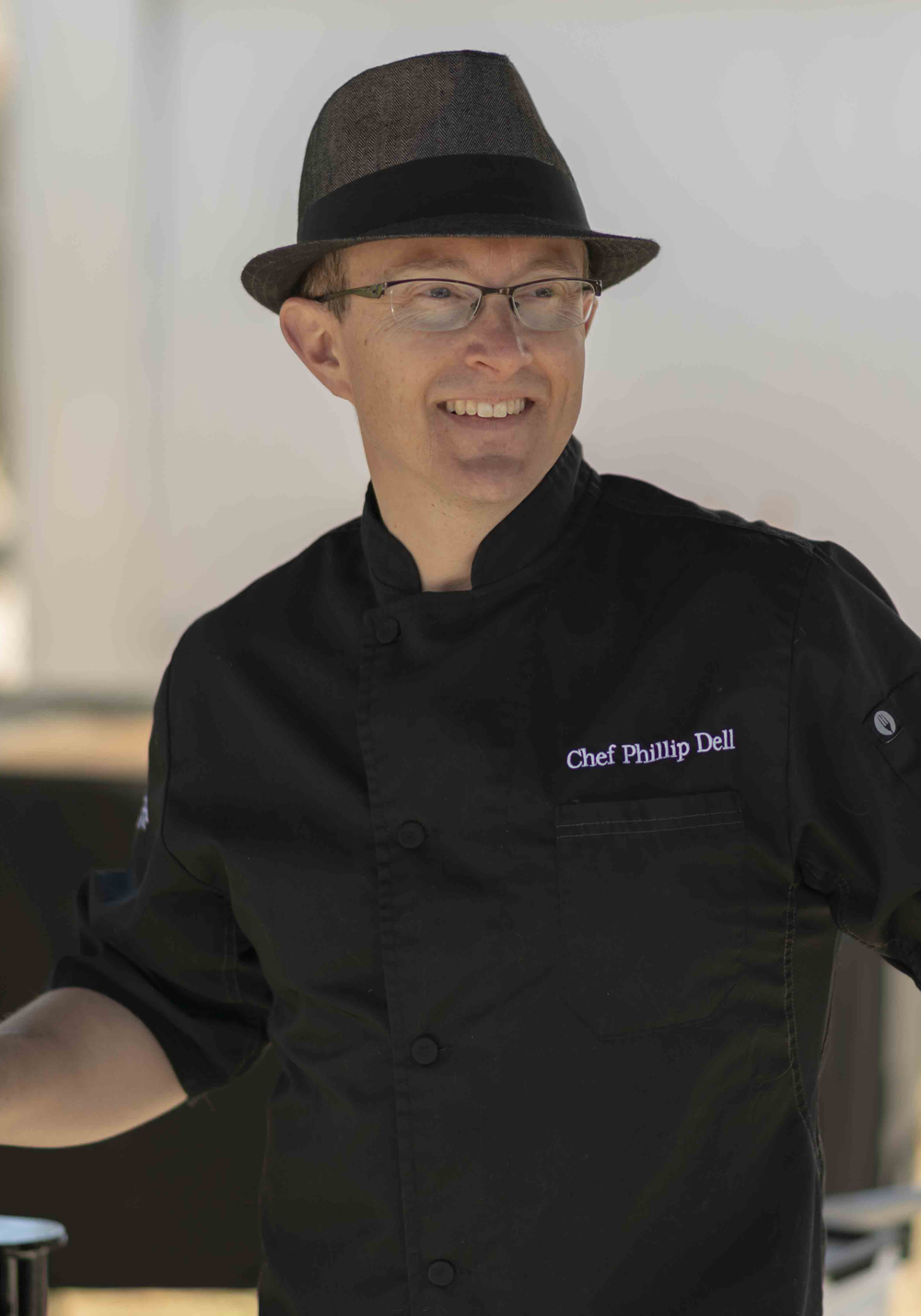 Cuisine: Award-winning BBQ
Imagine a young boy sitting in front of the television watching his favorite cartoons on a Saturday morning—a typical scene played out in many households.  Not so for Las Vegas culinary wizard and barbecue pitmaster, Chef Phillip Dell.  He traded Bugs Bunny for chefs like Martin Yan and Justin Wilson and filled his Saturday mornings with cooking shows on PBS.  As he grew older, his love for all things culinary only grew stronger. Read MoreRead Less
At an early age, Chef Dell realized his life would revolve around food—all he wanted was to become a chef.  Whether it was helping his mom decorate a cake, bake scrumptious goodies, or cook a family dinner, he was there.  By the time he was 8, this future chef was making 4-course meals for his family on his own.

At the end of summer every year, he stayed with his grandparents to help with the annual pig roast put on by his grandpa and uncle.  That’s where Chef Dell’s love for barbecue really started to develop.  After acquiring a Certificate of Culinary Arts at Traverse Bay Area Career Tech Center and a degree in Baking and Pastry Arts, as well as a minor in Nutritional Science, from the prestigious Johnson & Wales University in Rhode Island, he spent several years competing and winning in barbecue contests in the Midwest.  Unfortunate life circumstances took him out of professional barbecue for over a decade, but he returned to the circuit in 2013 with a will to win and spent several years honing his craft and refining his flavor profiles to please the palates of the West Coast.

Professionally, Chef Dell went from a humble start as a butcher’s helper at Deering’s Meat Market in Traverse City, Michigan to Pastry Sous Chef at the Wynn-Las Vegas several years after college.  Prior to joining The Core Group as a chef for the Las Vegas market, Chef Dell developed several entrepreneurial ventures, including Sin City Chefs, an upscale, private chef company, and CPD Enterprises, a culinary consulting and catering firm.  In 2018, Chef Dell also ventured onto the food truck scene with Fusion Beastro, an elite gourmet food truck.

In a single year, Fusion Beastro was featured multiple times on the Cooking Channel on shows such as Carnival Eats and Carnival Kings.  Fusion Beastro also received the “Best Food Truck” award twice, garnering the coveted award at both the Spring and Fall Great American Foodie Festival.  Chef Dell’s brand-new food truck was also named as one of the best food trucks in Las Vegas by the Las Vegas Review Journal in its annual “Best of Las Vegas” contest.  Fusion Beastro and Chef Dell also garnered top honors at the 2019 Motley Brews Hopped Taco event with a win in the “Taco Loco” category.

Throughout his lifetime, Chef Dell has earned numerous awards in multiple fields, including winning the title of Chopped Champion on the Food Network’s Chopped! “Cook Your Butt Off” episode, being named National Educator of Excellence by the National Restaurant Association, and earning the 2016 Teacher of the Year award by the Nevada Cattlemen’s Association.  Over the years, he has also won awards in natural bodybuilding and is a three-time, all-natural, world champion powerlifter.  More recently, he seasoned and smoked his way to a perfect score and three awards at the 2017 Jack Daniels World Barbecue Invitational competition in Lynchburg, TN.

Beyond his win on Chopped! and his food truck features on the Cooking Channel, Chef Dell has also appeared on the Food Network’s Cutthroat Kitchen and the Cooking Channel’s Firemasters.  Chef Dell also loves to spread his passion for food by teaching classes internationally and by being a regular on SOS radio (SOSradio.net).  The smoke rarely clears, and the fire never gets cold for him, but you can bet that when it does, you will see him outside grilling or in the kitchen cooking with his amazing wife, Leah. 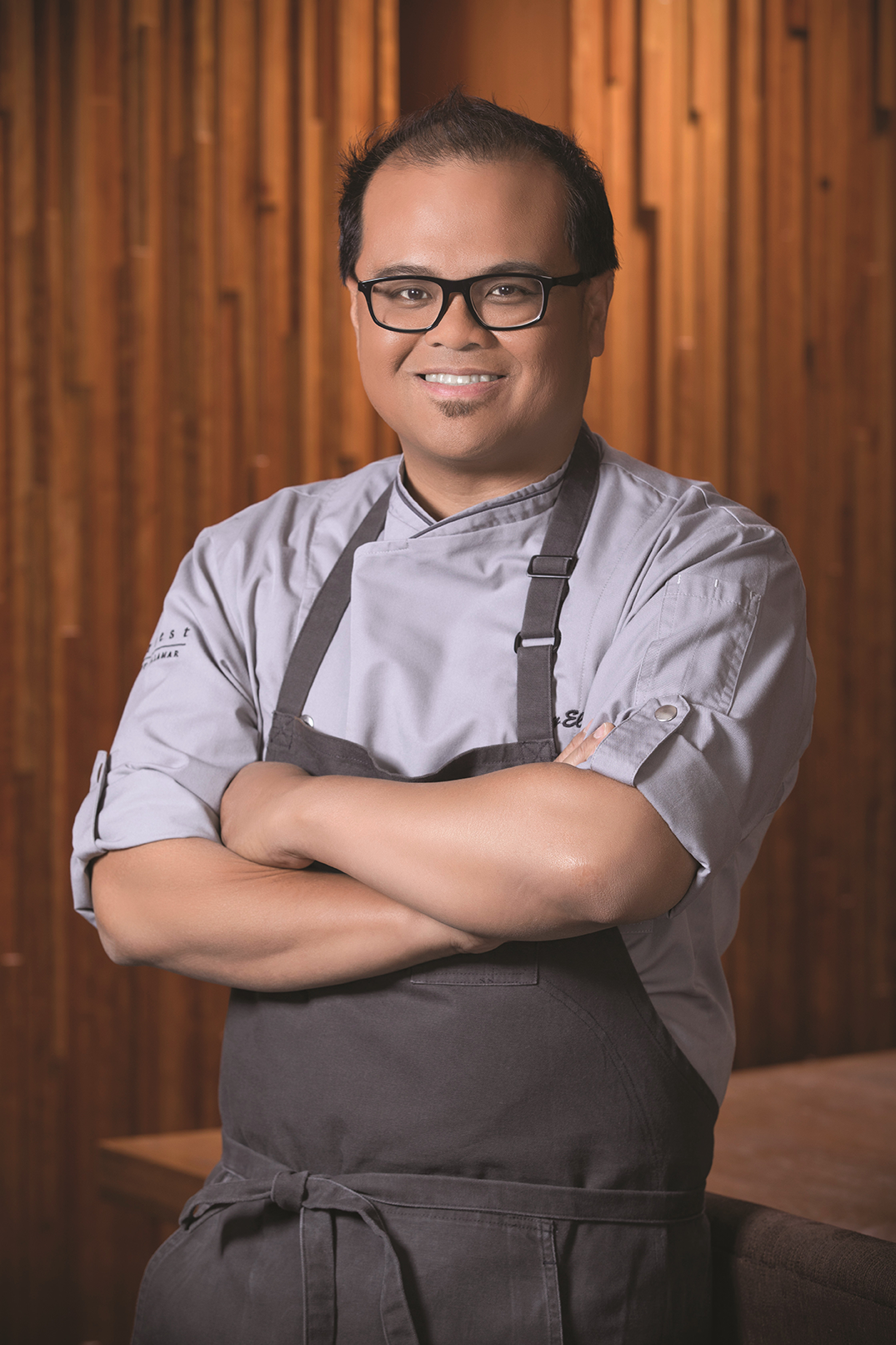 Royden Ellamar, a Hilo Hawaii native, learned to respect nature at a young age. He grew up farming, fishing and hunting in the Big Island’s pristine terrain with his family and from them, he gained a keen understanding of the process food goes through while traveling from the farm to the table. This is knowledge he has relied on throughout his career and in the kitchen at Sensi.

“It is very important to me to have relationships with the people that grow our food,” Ellamar said.  “I like knowing that the food we present to our guests is the best quality and meets the exceptionally high standards people expect from Bellagio restaurants.”

Ellamar’s culinary career began at the University of Hawaii where in 1994, he earned an associates degree in food service.  He secured his first job in 1996 as sous chef at Fiascos Restaurant in Hilo, during which time he further developed his passion for working with local farmers to bring homegrown produce to the restaurant.  After four years he moved to the Four Seasons Resort Hualalai where he wore several hats during his tenure including sous chef of Pahuia, the resort’s signature restaurant. Here he continued his work with local farmers by assisting with a menu redesign that featured local ingredients.

Ellamar left the island four years later for the mainland and worked throughout the country as chef de cuisine at notable restaurants including Seasons Restaurant at Four Seasons Hotel Chicago and The Beverly Hills Hotel and Bungalows before making his way to Las Vegas where he accepted the position of chef de partie at MGM Grand’s L’Atelier de Joël Robuchon. In 2008, Ellamar earned the position of chef de cuisine at Bellagio’s Sensi and only three years later, was named the restaurant’s executive chef. In 2015, Ellamar received his own restaurant, Harvest by Roy Ellamar.

Throughout his time in Las Vegas, he has brought his knowledge of food sources and farmer relationships to his restaurants by redirecting the menu to support local agriculture and sustainably produced proteins. He also takes his staff to local farms to teach them the importance of building relationships with local producers and has implemented an upstream recycling program for the restaurant.

It is his continued dedication and commitment to supporting local food growers that Ellamar is most proud of throughout his career.  He has brought lessons he learned from his family to each restaurant he has worked.

“Food affects family and culture,” Ellamar said.  “Being able to work with great ingredients and then transform food into a beautiful dish that people are excited to look at and ecstatic to eat, that is the best aspect of being a chef.” 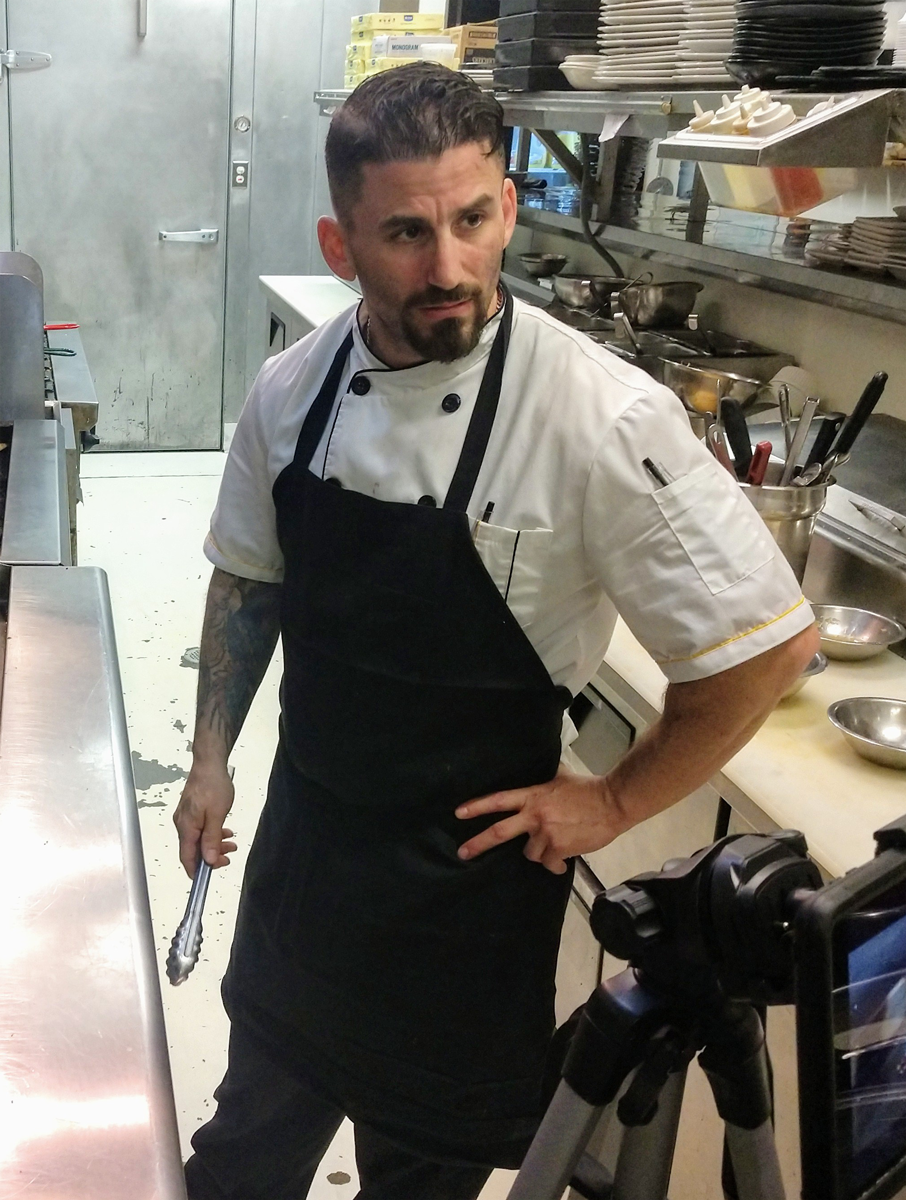 A graduate of Le Cordon Bleu in Pasadena, California, Chef Matt Meyer relocated to Las Vegas, Nevada because of the extensive opportunities available in the culinary field there. With unfortunate timing, he opened Matteo’s Café in 2008, but the national economic slowdown forced him to close his doors a few months later. He continued to provide his culinary skills in several of Las Vegas’ finest restaurants, until 2012 when he felt the urge to ‘hit the streets’ once again. He opened a gourmet food truck called Just Rollin’, which quickly became the hottest thing on wheels in the Las Vegas area.

But when Matt was offered an opportunity to open his own shop again in 2013, he jumped at the chance. He called it Matteo’s Gourmet Café, which won “Best of Las Vegas ~ Café” in his very first year.

His exceptional catering and personal chef services for his Las Vegas clients earned his company the title of “Best of Las Vegas ~ Catering” in 2013 and 2014. In 2015, Chef Matt expanded his service areas to also cover Southern and Central Coast California. He is also willing to travel by special request to areas not listed.

Matt loves to put a little twist to his presentation and preparation of dishes ~ fusion style! With a track record of rave reviews and thrilled customers, he has built a tremendous reputation for consistency that brings diners back again and again. 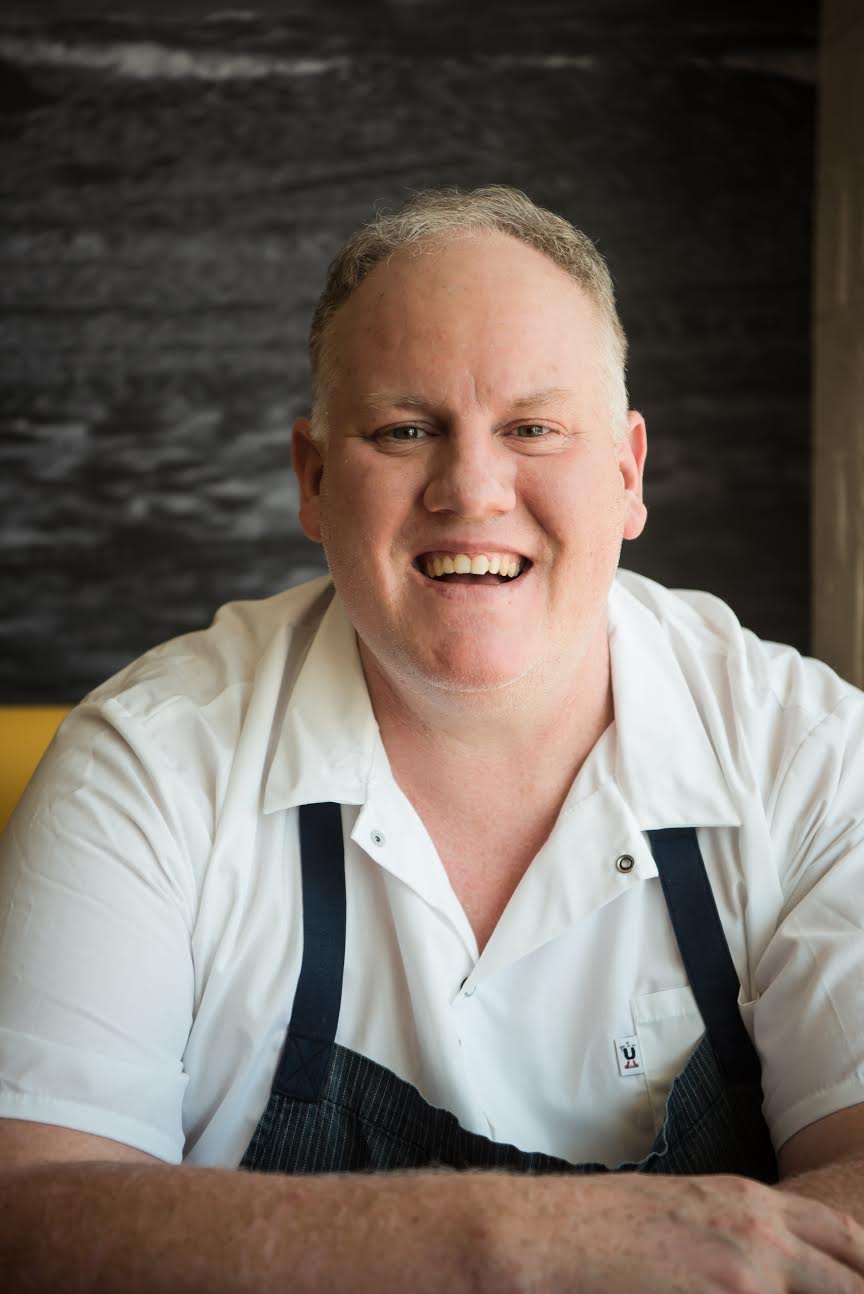 Born and raised in Las Vegas, NV, James Trees’ culinary career began as a teenager at the Mirage Hotel & Casino on the Strip prior to attending the Culinary Institute of America, then rising through the ranks under chefs including Michael Mina, Bradley Ogden, Eric Ripert, Heston Blumenthal, Akasha Richmond and Ray Garcia. He opened multiple restaurants across the US as Corporate Sous Chef for the Mina Group, and spent several seasons behind the scenes with Gordon Ramsay on Kitchen Nightmares and Hell’s Kitchen. Esther’s Kitchen, offering seasonal Italian in the Downtown Las Vegas Arts District, is his first independent restaurant. Having succeeded with that beyond all expectations (even his own!), Chef Trees has followed that with Ada’s in Tivoli Village, a full service cafe featuring pastas, pizzas and small plates. More is on the way in 2020. 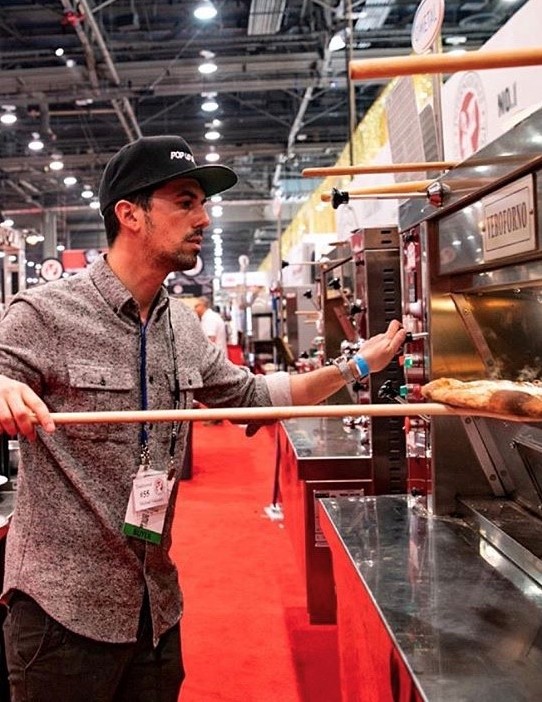 Cuisine: NY Style Pizza
Taste-bud-bursting combo of fresher-than-fresh ingredients, imaginative recipes, and a delicious array of flavors from salads to beer and wine to (of course) pizza

As a chef, it’s important to Michael Vakneen that he use a holistic approach in his cooking – combining elements of food science, art, tradition, colors, and textures. In 2011, he left a career in commercial real estate to pursue a long-time passion for bread baking. He opened Pop Up Pizza in the heart of Downtown Las Vegas, which was voted best pizzeria in the city two consecutive years in a row (2018 and 2019). He immersed himself in the industry by participating in local culinary events and competed in national competitions such as the Caputo Cup Championship (placed fifth in 2018 for best pizza maker). He and his wife Joanna have been working on a passion project where they handcraft their favorite childhood Middle Eastern sauces. In an era where people are seeking to discover new exotic flavor profiles, The Hamsa Brand aims to creatively celebrate their ancestry with rich, bold, and complex mouth-watering sauces that make any dish taste better. 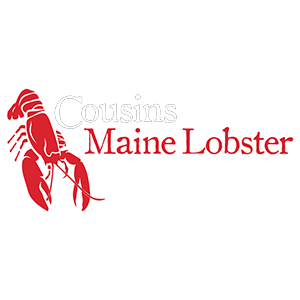 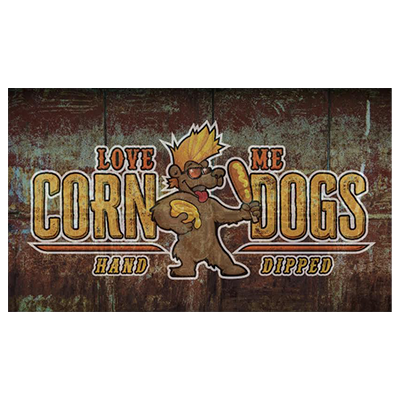 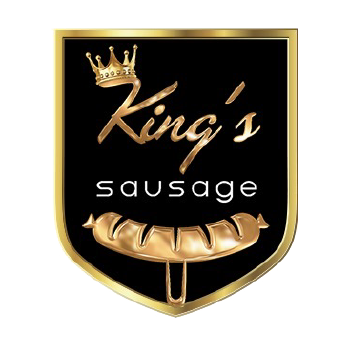 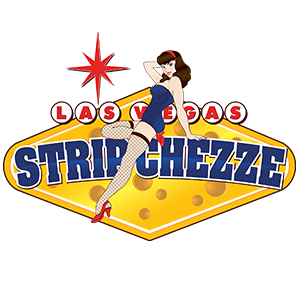 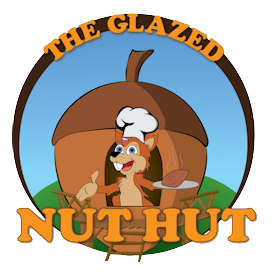 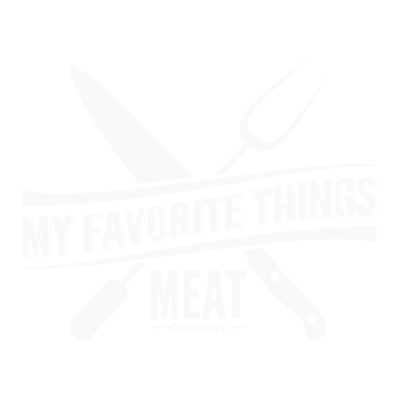 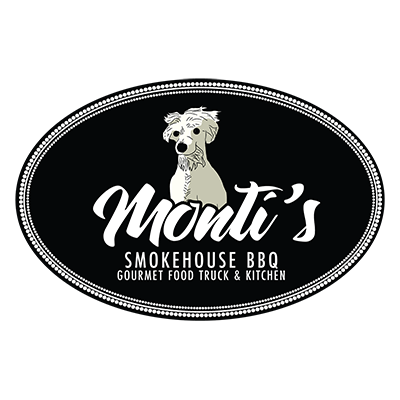 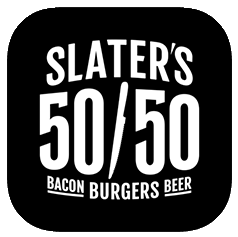 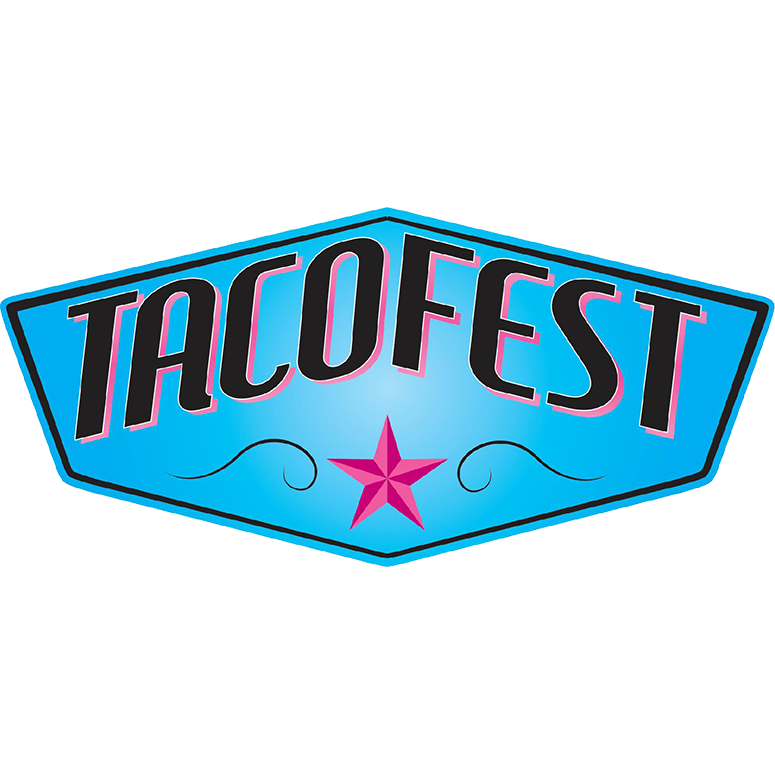 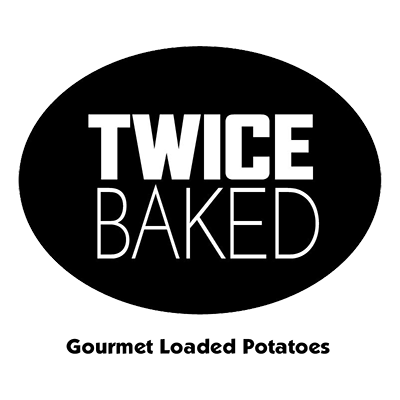 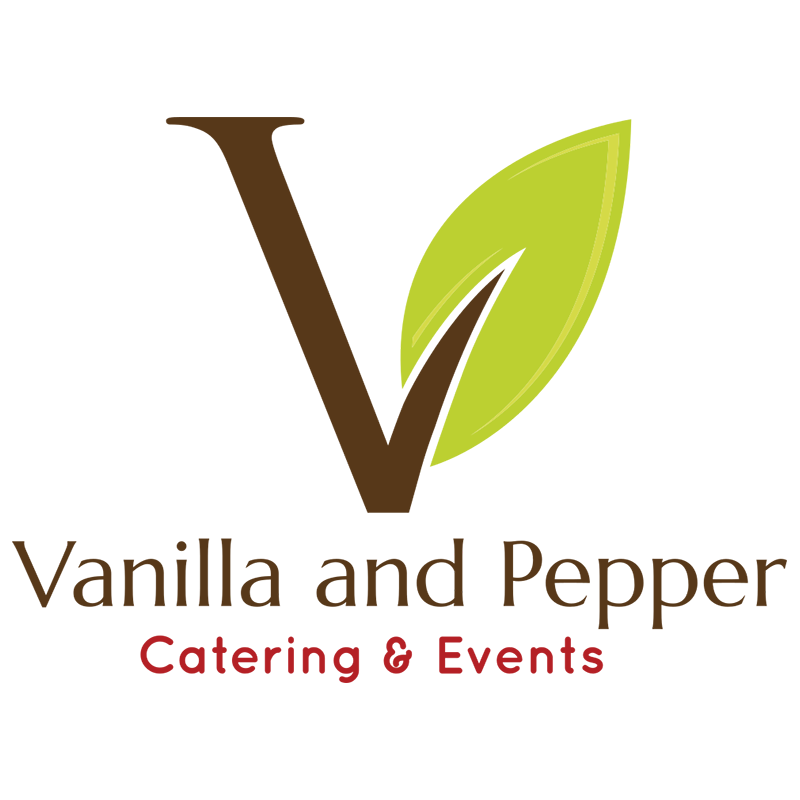 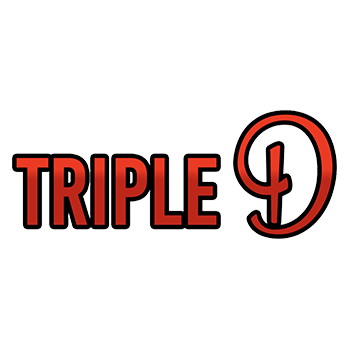 Sign up with us and be a part of our unique craft beer events. You’ll be the first to know of the new Motley Brews events and craft beer entering the Las Vegas market as well.